Situated at an average elevation of 100 meters in the Deccan Plateau region in south India, this city is known for its pleasant climate throughout the year. It is the highest among all the major cities of India.

This City, Established in 1537

In 2006, Bengaluru. local metropolitan Palike (BBMP) sent a request to the state government to change the English-language spelling of the name of the city from Bangalore to Bangalore through a resolution. This change came into effect on November 1, 2014, following the approval by the state and federal governments..

The city of Bangalore, popularly known as IT Hub, is a major city and tourism hub in South India. This city, established in 1537, is today on a different footing of success.

IT Hub In Bangalore City 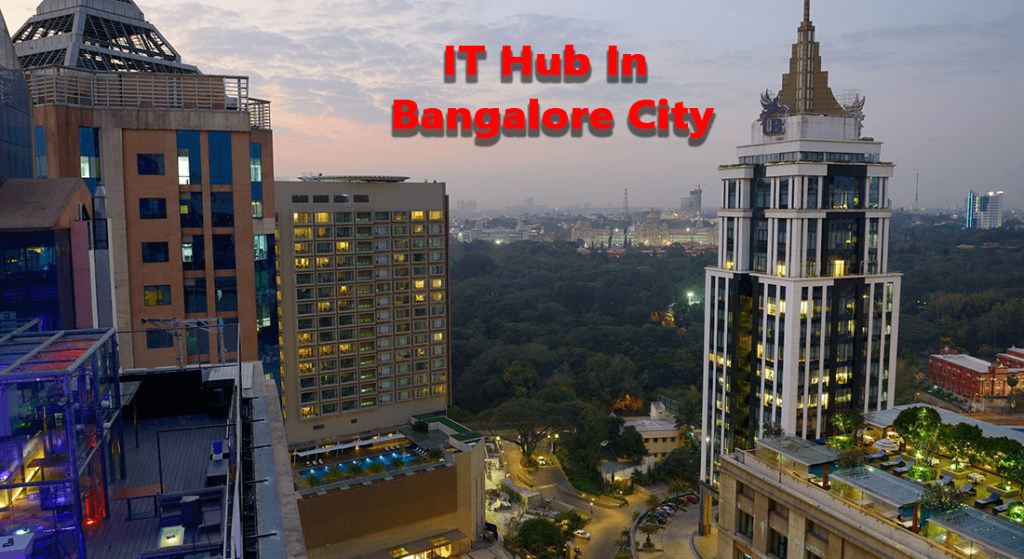 If we look at the data, today more than 51% of people in Bangalore have settled from different parts of India. Today Bangalore is known as an IT city, but this city has some special things. It goes like this.

Bangalore has a very pleasant weather compared to other cities and states of India. People who come here become crazy about this season. The special thing is that here the weather remains pleasant for the entire 12 months, in Bangalore, all the sudden rain is liked by everyone.

To relieve people of their fatigue, there are many beautiful holiday destinations in the 100 km range around Bangalore, where you can relieve your office fatigue. The road trip from Bangalore to India’s Scotland is called.

Walking in the city of Bangalore known as Garden of City, you can see many huge green trees etc. Such as Kabban Park where it is spread over 100 acres with dozens of species of plants. There are many such species of plants in this plantation which you may not have seen anywhere.

Apart from this you can also visit Bannerghatta National Park located here, this 25,000 acre park is the most popular tourist attraction in the city, as it has the country’s largest collection of tropical plants.

Some places that see in Bangalore city are as follows:

Bengaluru, India, has an old botanical garden. Chhota Lalbagh Botanical Garden is It was first built during Haider Ali’s Dalvaship. And later Lalbaug Botanical Garden adorned with unique plant species was decorated by his son Tipu. India was managed under several British superintendents before independence.

Cubbon Park is also known as Shri Chamarajendra Park. This is a historic and famous Cubbon Park in Bangalore city which is the ‘lung’ area. Which is located in the middle of the central administrative region of the city of Bengaluru. 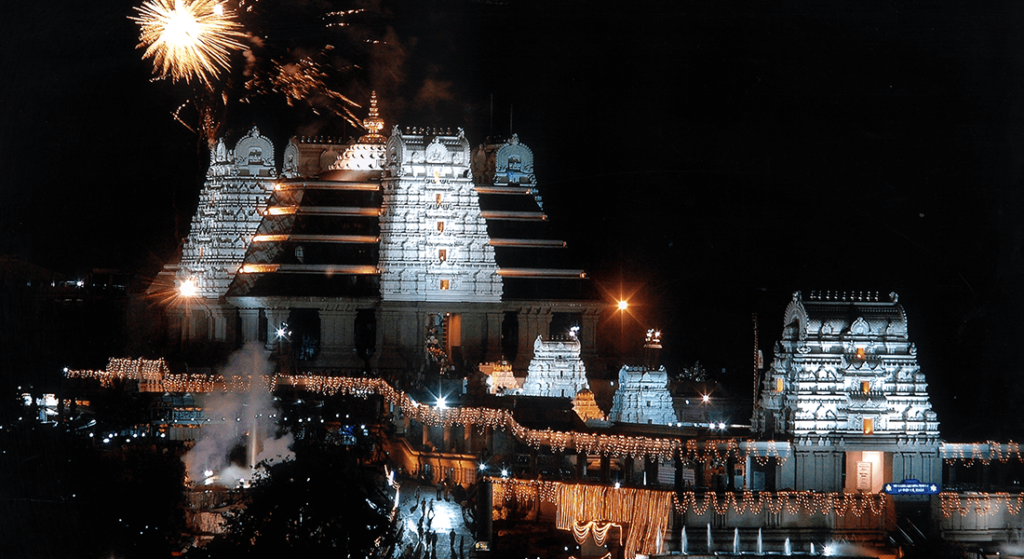 Temple of Radha Krishna-Chandra It is one of the world’s largest Krishna Hindu temples. Which is famous as ISKCON Temple. It is located in Rajajinagar, North Bangalore in the state of Karnataka, India. Radha Krishna temple attracts millions of devotees every year. The best time to visit Radha Krishna-Chandra Temple is between the months of November to February in the winter months.

Manchanabele is a small village on Bangalore’s outskirts. It is well-known for its beautiful dam and surrounding reservoir.
It is a short 40-kilometer drive from Bangalore and has recently become a popular weekend retreat for Bangalore locals due to its peacefulness, natural beauty, and serenity.
The Arkavati River is home to the Manchanabele Dam, that is sought for after tourists, explorers, families, and friends. 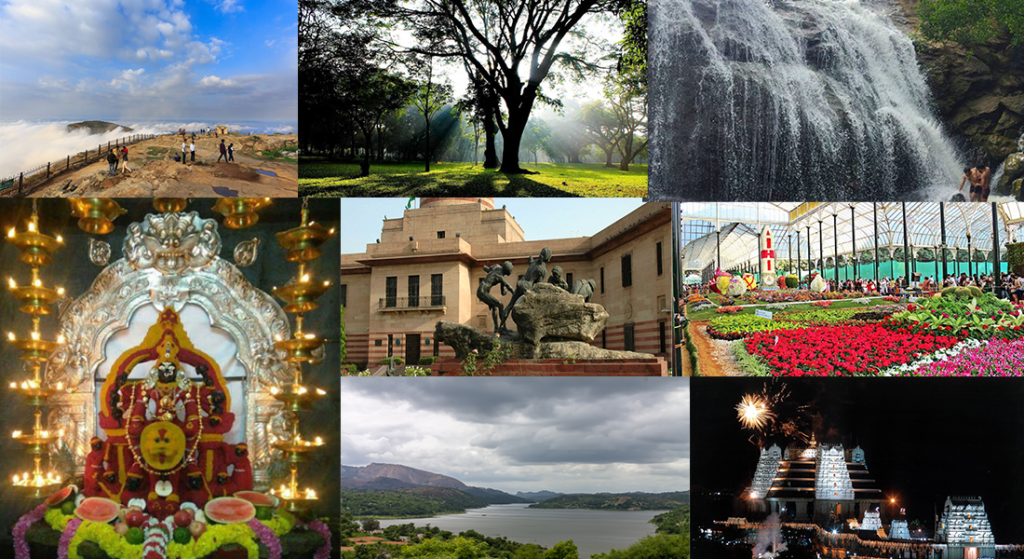 Thottikallu is a place near Kanakapura Road in a district near Bangalore city. Which is well-known for the Thottikallu Falls.. Which is known as TK Falls. This water falls also are known as the ‘Swarnamukhi’ falls.. Swarnamukhi is translated as ‘Golden-Faced’.

The National Gallery of Modern Art

A new gallery building with 1260 square meters of display space was built. As well as a residence in an art gallery with 1551 square meters of exhibition space was also built. The architecture of the additional blocks was intended to blend with the style and surroundings of Manikyavalu Haveli, as well as to cater to the needs of a modern museum.

Nandi Hills, also known as Nandidurg. There is a hill fort in the South Indian state of Karnataka. Stone sculptures and wall paintings adorn Tipu Sultan Fort, known as the summer house of the 18th-century ruler. Tipu’s Drop, which is famous for its panoramic views today. The prisoners have reportedly been used to slam her to death. Situated on the top of the hill is the Yoga Nandishwara Temple, which is protected by a huge statue of Shiva. One of the local Hindu temples.

How to reach Bangalore

By Air: Bangalore International Airport, located 40 km outside the city, is the only way to go anywhere by air. To get into the city, you can use prepaid taxi services or bus services. Many domestic and international aircraft land at this airport. From which the city is easily accessible.

By Train: Karnataka Express 12628 connects you directly to Delhi and Karnataka. There will also be a direct train to Karnataka from many cities. You also get many buses and taxis from the railway station.

By Road: If you want to come to Bangalore city by road. So you can come in comfort. From NH4 & NH 8 | 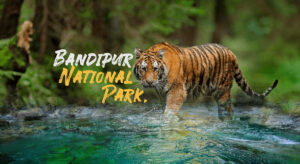 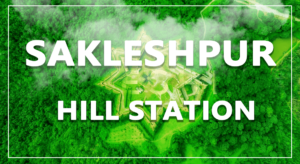 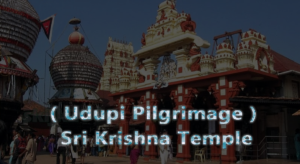 Udupi Sri krishna temple, located in the state of Karnataka, is famous for the temple of Lord Krishna. This temple is associated with Hinduism. Krishna temple and food are very famous in Udupi. It gets its name from a simple tasty dish of the Madhav community, which is cooked to offer to God and this […]