Snowfall in India, as in the rest of the world, is connected with beautiful scenes that are often shown on wallpapers and calendars. However, if you truly want to experience the same, the best snow season in India is from December to February.

November and March also are lovely, but the snowfall isn’t as heavy as it is around New Year’s. Come enjoy the excitement in India’s top snowfall spots, which are ideal for a fun family trip, a romantic honeymoon, or some adventure with friends. Take a look at our list of the snowfall in india in december 2022.

Whether you’re looking for some of the top snow spots in India, check out the list below. They’ve been divided into north, south, east, and west sections to make planning a trip simpler. It’s also likely that you’ll wish to combine two locations and see snow in both on the same trip. Whatever the case may be, here are some of India’s best snowfall  resorts. Take a peek around! The list is also for individuals who are interested over whether or not it snows in India.

Nearest Airport: Srinagar Airport, which is a 1 hour 40 mins’ drive away from Gulmarg. And, over 2 hours’ drive from Pahalgam

2. Sonamarg: For Couples And Families Alike

When the town is covered with snow, it looks really stunning. If you follow the road to snowfall to Sonamarg, the scenery is magnificent, with hills, valleys, meadows, and more. This leads to it being recognized as one of India’s best spots for snowfall. Don’t forget to visit some of the best sites to visit in Sonamarg while you’re here for an unforgettable journey.

Best Time to Visit: February to May

Patnitop, with its vast expanses of apple orchards and mighty-high trees, is a beautiful site to see snow in India, especially with brilliant white snow strewn about. This place’s beauty is so enticing that tourists come from all over the globe, even in the dead of winter.

Nearest Airport: Jammu Airport which, is 3 hours’ drive from the place
Nearest Railway Station: Udhampur Railway Station, which is over an hour’s drive away

Ladakh looks quite different in the winter. The region is covered with snow, and the weeks of December to February are brutally cold. The lake is frozen solid and will remain so until April. The Zanskar River freezes as well, providing explorers with a mind-blowing Chadar Trek.

Nainital, in Uttarakhand, is a popular hill station on the way down from Kashmir. Tourists gather here in the summer to enjoy the beautiful weather and in the winter to feel the chilling cold during the snowfall months, which is about 300 kilometres from Delhi.

6. Auli: For Skiing And Snowboarding

The Auli, one of India’s best hill stations for adventure sports, has a Swiss feel to it thanks to its tempting slopes and quaint mountain cottages. Auli, a popular skiing destination in India, is beautiful all winter and is one of the best places in Uttarakhand to see snowfall. Some of Auli’s resort stays are also located around this area.

Key Attractions: The spectacular 180-degree view of the Nanda Devi range; and the fact that it is one of the world’s highest ski resorts

Best Time to Visit: All year round

Though it’s not a well-known location, it is excellent for those seeking quiet and tranquilly. Munsiyari, with its evergreen trees and pearl white dust, is a great site to see snowfall in India. Munsiyari is one of India’s lesser-known winter weather hill stations snowfall places in India.

Key Attractions: The majestic peaks of Panchchuli; the strange Maheshwari Kund, supposedly, the property of Yaksh; Birthi Falls; and the garden of Rhododendrons at Betulidhar

Best Time to Visit: All year round

Snowfall in Dhanaulti opens up a world of new of recreational possibilities. Until you can see, it’s all a white expanse. Dhanaulti is a destination that will keep you on your toes all the time, since it is one of the most famous picnic areas and snowfall places in India during the winter.

Almora hill station is an underdog among India’s snowfall destinations in india, as it is not a well-known tourist destination. The selling attractions here, however, are the wide landscapes, snow-dusted landscapes, and quaint small cottages. It’s time to decompress in the hills of Uttarakhand.

During the months of November to March, Chopta is a beautiful destination where one may view snow in India. This is also the time to do snow trekking, albeit the popular Deoriatal Chandrashila Snowfall Trek is closed during the winter months. If you’re looking for one of India’s top snow locations, come here.

Key Attractions: Chandrashilla peak, Chopta looks like a mini Switzerland covered in a blanket of snow

Nearest Airport: Jolly Grant Airport, which is 226 km away
Nearest Railway Station: Haridwar at a distance of 230 km

Best Time to Visit: March to May 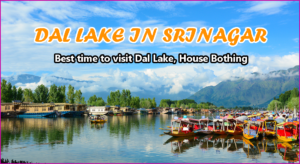 Dal lake in srinagar Kashmir is called the heaven of India. Because every tourist sees Kashmir with pride. Dal Lake is the most popular attraction of Srinagar. Kashmir is surrounded by the majestic Pir Panjal Mountains and the Mughal Gardens. Kashmir is a beautiful place for family holidays, and honeymoons. Attractions Tourists consider Kashmir to […] 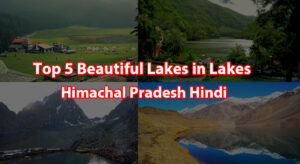 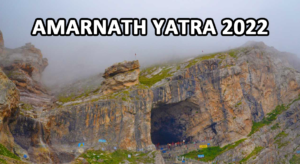 After a two-year hiatus due to the nationwide COVID-19 pandemic, the Amarnath Yatra 2022 is slated to resume this year. From June 30 to August 11, the annual yatra will take effect. A Yatri Niwas has been built in the Ramban area of Jammu and Kashmir, which can seat 3000 pilgrims, according to an announcement. […]