Triyuginarayan Temple is located in Rudraprayag district of Uttarakhand state of India. This temple is of great importance among devotees. because this is where Lord Shiva and Mother Parvati were married. On the day of Krishna Chaturdashi in the Falgun month, Lord Shiva wed Mata Parvati in this temple.

This temple is close to the well-known Dhams of Uttarakhand, Kedarnath, and Badrinath. Today I will tell you in detail about the complete history, structure, story, and importance of Triyugi Narayan Temple.

Mata Sati was the first wife of Lord Shiva. But Mother Sati went to the Yagya of her father King Daksha without the permission of Shiva. Then King Daksha gave it to Lord Shiva. Hearing this insult, Mother Sati committed suicide by jumping into the fire pit. After this Shiva killed King Daksha. After that, he went into long yoga practice.

After many years a daughter was born in the house of the mountain king Himalaya. Her name was Parvati. Parvati was the reincarnation of Mother Sati. Mother Parvati did severe penance for thousands of years to please Lord Shiva at Gaurikund in Uttarakhand.

Lord Shiva met Parvati and expressed his satisfaction with her penance. And asked to ask for the boon of Parvati Mata. Then Mata Parvati proposed marriage to him. Which Lord Shiva happily accepted. Hearing this, Himalayaraj, the father of Parvati, started preparations for the marriage. 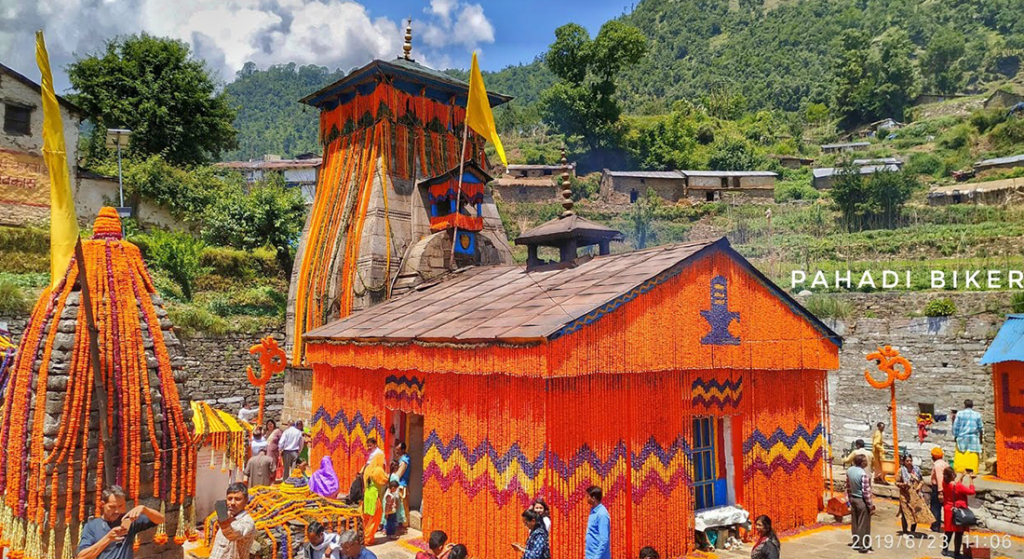 After Lord Shiva accepted the proposal of marriage to Parvati, preparations started in the three worlds. The Himavat, the city of the Himalayan Raj, was centered at Triyuginarayan village. Therefore, Himalaya Raj decided to get both of them married in the Triyuginarayan temple.

All the gods and goddesses and ghosts had come here to witness this marriage. Lord Vishnu performed all the duties at this place as the brother of Mother Parvati. He performed marriage rituals. Lord Brahma himself had become the priest of this marriage and got the marriage done.

After getting married in this temple, the importance of this place increased a lot. According to another belief here, Lord Vamana, the fifth incarnation of Lord Vishnu, was born at this place. For this reason, Lord Vishnu’s Vamana avatar is adored here.

Where is Triyuginarayan Temple

For this, first of all, the devotees have to reach Sonprayag. Then the distance of the temple from Sonprayag is about 12 kilometers. Gaurikund, Kedarnath, and Vasuki Tal are also located near this temple. where you can roam.

Akhand Dhuni:  is the main attraction of this temple. This temple was built in Tretayuga. And the marriage of Lord Shiva and Mother Parvati was completed only after making rounds around the unbroken Dhuni. But this fire has been burning for three ages. Due to this, it is called Triyugi Temple i.e. Akhand Dhuni, which has been burning for three ages.

Brahma Kund: There are three pools in the temple, one of which is Brahma Kund. Its recognition is That Lord Brahma had bathed in this pool before starting the marriage ceremony. After which the name of this kund was changed to Brahma Kund.

Vishnu Kund: The name of the second pool located in the Triyuginarayan temple is Vishnu Kund. Lord Vishnu had a bath in this pool.

Rudra Kund: The third kind is Rudra Kund. To witness the marriage of Lord Shiva and Mother Parvati, all the Gods and Goddesses also came from heaven. All those deities had taken bath in this pool.

Brahma Shila.: In front of the temple where Lord Shiva and Mother Parvati got married. The place has been named Brahma Shila. 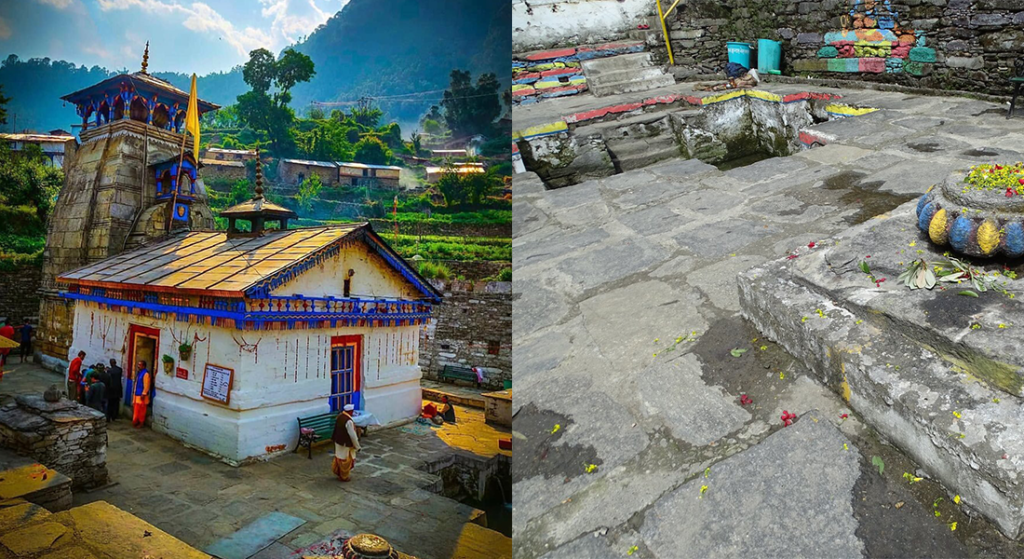 The married life of the couples who get married in this temple is always happy. Along with this, the people who come here to visit the temple also take the ashes of Akhand Dhuni with them so that any obstacle in their married life is removed and everything is peaceful and peaceful.

There is a belief about the Rudra Kund in the temple that bathing in it fulfills the desire of a person to have children. That’s why many childless couples also come here to take bath in Rudrakund.

By the way, this temple is open throughout the year. But many devotees do not like to come here in the winter months. Because in winter the doors of Kedarnath Dham are closed. That is why this temple lies very close to Gaurikund, the base area of ​​Kedarnath. That’s why here people go to Triyuginarayan temple via Kedarnath.

Kedarnath temple is closed in winter from the next day of Diwali. Because after six months, the doors of Kedarnath Dham are opened again on the day of Akshaya Tritiya which falls in the month of May. Therefore, if you are planning to visit Kedarnath along with Triyuginarayan Temple, then you should come here between May and October.

How to Reach Triyuginarayan Temple

For this, you will first have to reach the three main cities of Uttarakhand, Dehradun, Rishikesh, or Haridwar. Halki Airport is located in Dehradun. Both Rishikesh and Haridwar are well connected by bus and train. Then from there, a local bus, taxi, or car will be available to go to Guptkashi or Sonprayag.