first green village in India almost all metro cities of India have fallen victim to pollution and global warming. India’s capital Delhi saw such a time. khonoma green village When a thick sheet of pollution was laying on the roads. And it became difficult for people to breathe. There is, however, one such location in our country.

Where people are breathing in the clean air of greenery. It is not only India but also the first ‘Green Village’ i.e. green village of the whole of Asia.

Looking at the open sky and talking about it, no one can get bored with the view of the mountains. Is no less than a landscape. This green village of India is home to the Khonoma ‘Angami’ tribals. Here the Tribal Group is known in India for its bravery and martial arts skills. 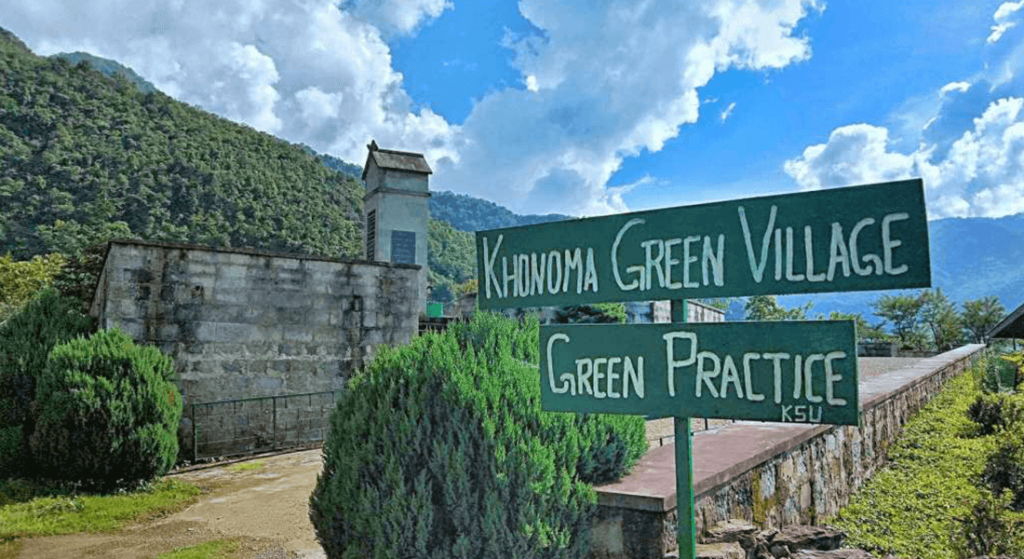 Khonoma village is also famous for its lush forests and traditional farming techniques. This village, which has become the model of green village, has already adopted the principles of sustainable development many years ago. In the 90s, the village had banned activities such as farming, deforestation and hunting.

In Khonoma village, no person cuts a tree and does not hunt. We get to learn a lot from these groups of tribe. Because there was a time in India. When hunting was a major part of their tradition.

But after the ban on it in December 1998, the forest of Khonoma village and the area of ​​20 square kilometers has been separated by the village panchayat under the name ‘Khonoma Nature Conservation and Trygopan Sanctuary (KNCTS).

This step was then taken. When the villagers killed nearly 300 birds on the verge of extinction in a week due to the haunting competition, the killing of these birds on such a large scale has led the forest life conservationists and village elders to take steps. Inspired

Nearly twenty years later, the green warriors of Khonoma village are still waging a battle from within. And trying to overcome their challenges. But this village has always been ready for challenges. 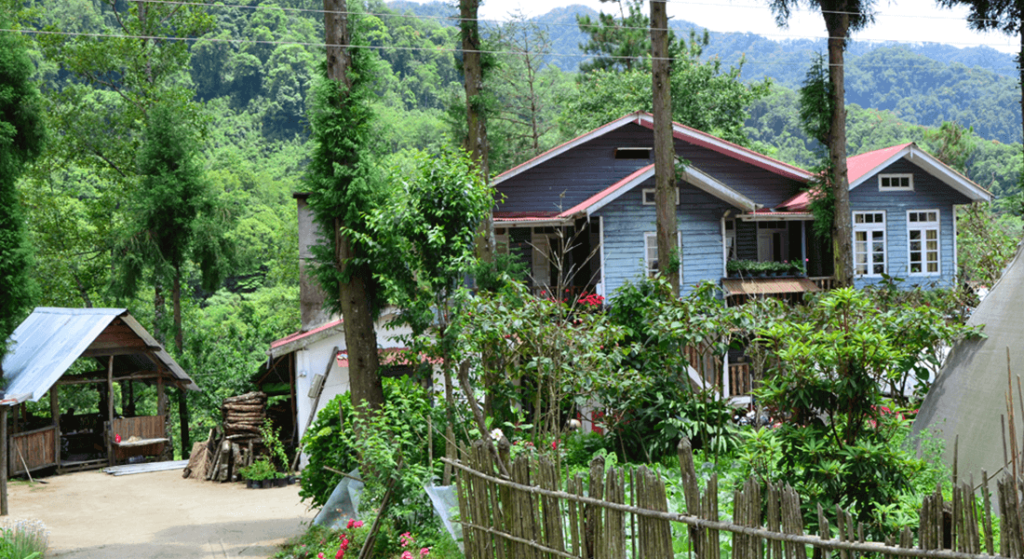 This village is located about an hour away from Kohima. But the efforts of this village gradually started attracting everyone’s attention at national and international level.

The people of Khonoma village were engaged in hunting before the ban. While around 20 30 families depended on it. However, now almost all people have shifted to farming. But there are still reports of hunting. But on a very small scale, Khonoma village is fully ready in the fight for its protection.

How to Reach Visit Khonoma village

By Air: The nearest airport is at Dimapur, which is well connected to Kolkata and Guwahati by flights.

By Rail: The nearest rail station is Dimapur, which is connected to other important North-East and national cities.

Road: Kohima is connected to Dimapur through NH 39, which also connects it to the rest of the country. Take a shared Tata Sumo or a cab from Kohima to Khonoma Village, which is only 20 kilometres from the capital city.

The best time to visit khonoma village is between October and April, as the monsoon season is the most beautiful to see everything green. 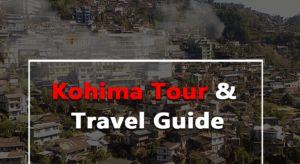 Best time to visit kohima: Kohima is the capital of the state of Nagaland, India. Which is also a very beautiful city. This place has mesmerized people with its beauty for thousands of years. Kohima was given this name by the British. Because those people were not able to pronounce Kohima’s real name Kehwima or […]