There is a temple of Hidimba Devi Temple located in Manali in Kullu, Himachal Pradesh. Its history is associated with the Pandavas. Maybe you are not aware of this. Today we are going to introduce you to the history of this temple. You know that after losing everything in gambling, Dhritarashtra and Duryodhana had sent the Pandavas to the place named Varanavat.

Here it was planned to burn them alive. The entire palace was built of lac for the Pandavas, which got burnt as soon as there was a slight fire. The Pandavas came to know about this conspiracy and dug a tunnel inside at night. They escaped through the tunnel when the building caught fire in the night. They came out through this tunnel and came to the banks of the Ganges. Crossed the Ganges by boat and proceeded towards the south.

The secret of Hindimb was in this forest

The Kauravas kept thinking that the Pandavas had died. After escaping from here, the Pandavas continued to spend their exile in the forests to avoid the sight of Kauravas. During this, while walking in the jungles, he came across a demon area. Everyone was tired. He was also thirsty. Mahabali Bhima went to get water.

When he came back with water, what did he see that all the brothers, including Mother Kunti, had fallen asleep exhausted. Bhima was sad to see his mother and brothers sleeping on the jungle floor in this way. A demon named Hindib lived in that forest along with his sister Hindiba. Hindiba was roaming in search of food.

Hidimba sent his sister Hindiba to search for food in the forest, but there Hindiba saw his mother Kunti along with the five Pandavas. Seeing this monstrous, Bhima fell in love with him. Because of this it did not kill all those who felt very bad for Hidimb. Then Hidimba got angry and attacked the Pandavas.

There was a fierce battle between Hidimb and Bhima for a long time. In this war, Bhima killed Hidimba. Hindiba loved Bhima. He asked Bhima to get married but Bhima refused to marry. On this Kunni explained to Bhima that there is no one else in this world for him.

So you marry Hindiba. On the orders of Kunti, both Hindiba and Bhima got married. He had a son named Ghatotkacha, who showed great valor in the battle of Mahabharata. He had the boon of Indrajaal (black magic) from Lord Krishna. Only and only Lord Krishna himself could break his Chakravyuh.

After marrying Bhima, the son of Pandu, Hidimba was no more a demonic person. She became human. And later on became a goddess from human. Whatever may have been the original place of Hidimba, but the place where she has been divined is Manali. The temple of Goddess Hidimba in Manali is very grand and very excellent in terms of art.

Vihangmani was given a boon

This temple is of pagoda style with four terraces amidst huge deodar trees near Manali. The temple was built by the ruler of Kullu, Bahadur Singh (1546-1569 AD) in 1553. The walls are built in the traditional Pahari style. The entrance gate is a masterpiece of Kath carving.

According to some rules of many guide line, it is necessary to have a mask on your face. Otherwise your 200’s trend can also be cut. There are other places near the temple. To roam where you can roam. 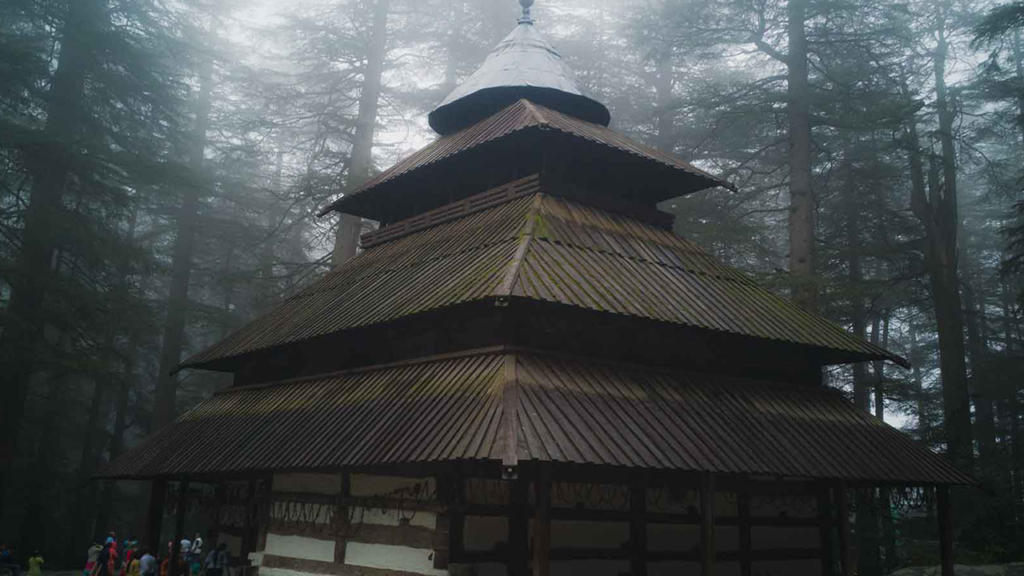 How to Visit Manali to Hidimba Devi Temple

Location: Hidimba Devi Temple, Manali, located 3 kms from K Mall Road. It is located on Hidimba Devi Temple Road in Old Manali in Himachal Pradesh. Temple Opening Hours: The temple is open from 8:00 AM to 6:00 PM on all days of the week.

By Road: Manali is located at a distance of 580 kms from Delhi. You can also cover this distance by road. Manali is well connected by road to all major cities NH 21 connects Delhi and Shimla. 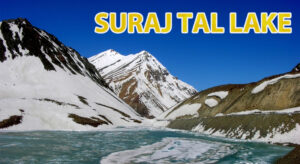