Humayun’s Tomb located in the capital of the country is included in another UNESCO heritage site. Tourists from all over the world flock to this location. The tomb was built in the garden style by the first wife of the great Mughal emperor Humayun. His widow Haji Begum ordered the construction of the tomb about nine years after the emperor’s death.

The period of construction spanned from 1565 AD to 1572 AD for about seven years and after his death a tomb was successively built for him in the same complex. In addition, the complex now houses the tombs of Isa Khan Niazi, Dara Shikoh, Alamgir II and several members of the powerful Mughal royal family.

A well-maintained garden located in Nizamuddin East, and Humayun’s Tomb is one of the best preserved Mughal monuments. This mesmerizing tomb is the first example of Mughal architecture in India. This piece of history is a place that everyone should visit.

From an architectural point of view, the building is a unique link between Gur Amir, where Humayun’s ancestor Tamerlane is buried, and the mausoleum of his grandson Shah Jahan, the Taj Mahal.

The architecture of the tomb is heavily influenced by Persian architecture. The architect of the building, Mirak Mirza Ghiyas himself was of Persian origin. Ghiyas built the tomb in the center of the Chaharbagh Udyan (translated from Persian – four gardens) of Persian style with a quadrilateral form. The garden, divided into four main parts by walkways or running water, resembles the Garden of Paradise described in the Qur’an. These four main parts are in turn separated by channels into 36 parts.

From the 17th to the 19th century, the garden was gradually filled with the tombs of Humayun’s descendants and his entourage. Therefore, many Mughal emperors are also buried inside Humayun’s tomb. Humayun’s tomb earned the title of graveyard of the Mughal dynasty. There are no such graves of Mughal emperors and their relatives in India or in any other cemetery.

In addition, Humayun’s Tomb is the first garden-tomb of the Indian subcontinent. The lower level of this rectangular construction is decorated with beautiful arches, which are located around the entire perimeter of the building. The ruler’s tomb is located in the center of the upper tier in a large room decorated with several rows of arched windows. The central chamber is octagonal with corner-chambers containing the tombs of other members of the royal family. The original tomb of the emperor is on the basement floor.

The architecture of the tomb details both Persian architecture and Indian architectural traditions. Persian influence can be seen in the arched alcoves, aisles and the high double dome, while Indian traditions have inspired the construction of the kiosks, which give it the outline of a pyramid from afar.

Interesting Facts and Trivia About the Humayun’s Tomb

Things to Do | Humayun’s Tomb

Because it is a popular tourist destination, there are always lots of guides available in the region. They can be paid a fee to explain the history of the location in your preferred language.

Summers should be avoided because Delhi is quite hot at this time of year. The months of October through March are ideal for visiting the city since the weather begins to cool and become moderate and pleasant. As a result, the city’s atmosphere is ideal for tourism. Evenings are a better time to visit the tomb since the sun sets over the lush green garden, which is a beautiful sight to see.

The architectural designs of the structures that are major historical sites today were inspired by the Humayun’s Tomb. It is a must-see for every history lover interested in learning about our country’s cultural heritage. The serenity of the setting changes our view on the country’s rich culture.

How to Reach | Humayun’s Tomb

This region, located in the heart of the city, is easily accessible by metro, with the Race Course and Jorbagh stations being the closest stops. As this is a popular tourist destination, there are several buses that stop along the way. Another option to get to the area by rail is to stop at Nizammudin. Moreover, auto rickshaws and cabs are readily available to transport visitors to the tomb. 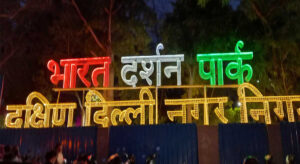 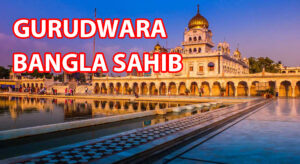 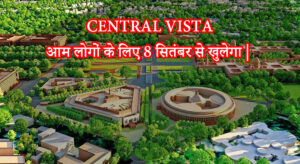