About For Ranthambore National Park

There are ten zones in Ranthambore National Park, with zones 1 to 5 providing the greatest chance to see tigers. The park is best described as a tiger-friendly land that proudly preserves the most known tigers in India, who can be identified by the unique marks on their bodies and controlling territory.

The park was rated as one of India’s top wildlife reserves. It is the only national park in India where several tiger groups made up of the mother and cub tiger can be seen. The deep foliage provides the ideal conditions for the tiger to stealthily search for his prey.

One of the best places to see beautiful predators in the forest living natively in India is the Ranthambore National Park, which is most renowned for its tiger population. The tigers may be seen there at any time, making it the only reserve in the area where this is feasible. This is the reason the area is very well-known for its tiger trips.

Other notable wild creatures, beyond tigers, are leopards, nilgais, wild boars, multiple-input, hyenas, sloth bears, and chitals. A wide variety of trees, plants, birds, and reptiles may be seen there as well. Along with a robust animal population, the reserve is host to over 270 different bird species.

The reserve’s tiger population was last measured in 2005, when there were just 26 of them, down from the reserve’s previous record of 44 in 1982. According to a survey conducted by non-government groups, 34 adult tigers were counted in Ranthambore in 2008. Furthermore, more than 14 tiger pups were also discovered, which is a huge accomplishment for the Ranthambore Tigers‘ health and for the wildlife management group’s conservation efforts. 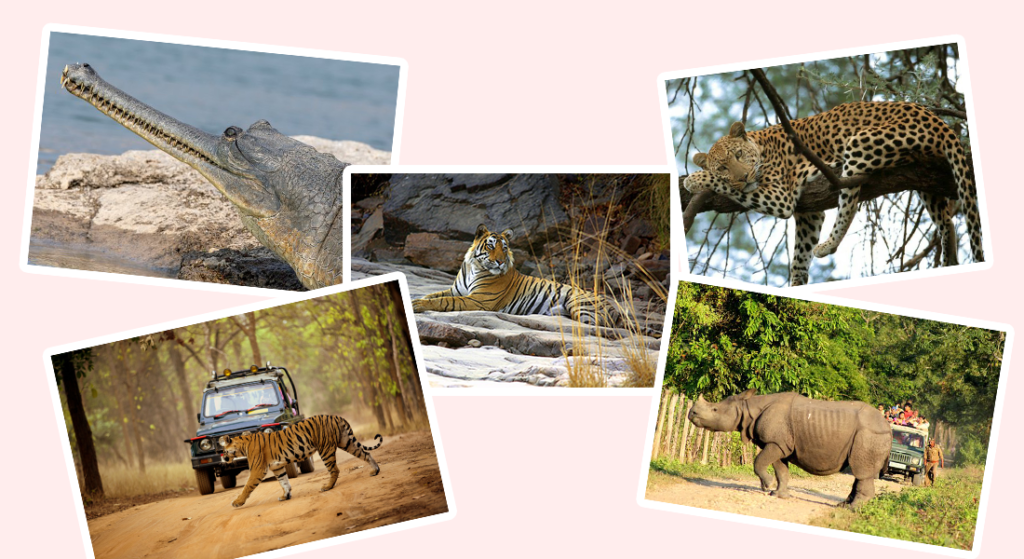 More important, Ranthambore’s tigers are today’s heroes because they have their own names and personalities because of their unique identifying markings. Ranthambore tigers are known all over the world by their local pet names, including the most well-known tigers like Machali (T-16), Dollar (T-25), Sitara (T-28), Bina One, Bina Two, and many more like them.

This is kudos to the emotional interactions of wildlife experts, photographers, and jungle officials. Quite unexpectedly, some tigers have been moved to nearby reserves like Sariska Tiger Reserve as a result of the rise in the tiger population in Ranthambore. The most recent instance of it is the recent relocation of the tigress sisters, Bina One and Bina Two.

Ranthambore is an ideal home to:

There are various accessible zones where you can go on safari in Ranthambore, and the times vary based on whether it is summer or winter. Look for the following table:

Places of Interest in Ranthambore

Ranthambore Fort: This historic fort is around 13 km from Sawai Madhopur Railway Station The Ranthambore Fort was formerly known as “Ranat Bhawar Garh,” which translates to “a site of Rajput warriors,” when it was first constructed in 944 AD. The most well-known Ranthambore is Machali. tigress, lived there until she passed away a few years ago.

The “Queen of Ranthambore,” also known as Machali, was a favourite among tiger enthusiasts, and they came especially to this fort to observe her regal and powerful movements. She was primarily known for her bravery and for expanding her range by taking down the other Ranthambore tigers.

Kachida Valley: The Kachida Valley, which surrounds the reserve, contains a variety of outcrops and low hills. The Kachida Valley region may be explored by tourists on an enjoyable Jeep Safari excursion. Due to their avoidance of the main part of the forest, where tigers are most likely to encounter them, the Panther population of Ranthambore National Park can only be found here. Furthermore, there are also plenty of beers can be found here.

Jogi Mahal: A fort called the Jogi Mahal is one of the Ranthambore National Park’s must-see locations.

Booking a safari in Ranthambore National Park is an exciting activity that allows you to observe various animals in their natural settings. In addition to the tiger, elephant, gaur, sambar, chital, nilgai, wild boar, jackal, mongoose, porcupine, hare, and langur, the park is home to more than 250 other animal species.

Some of the largest bird populations in the world may be found in the Ranthambore forest. More than 1,000 different bird species live there, including eagles, parrots, and peacocks. It is one of the most well-liked destinations for tourists in India since it is common to observe these birds flying overhead. 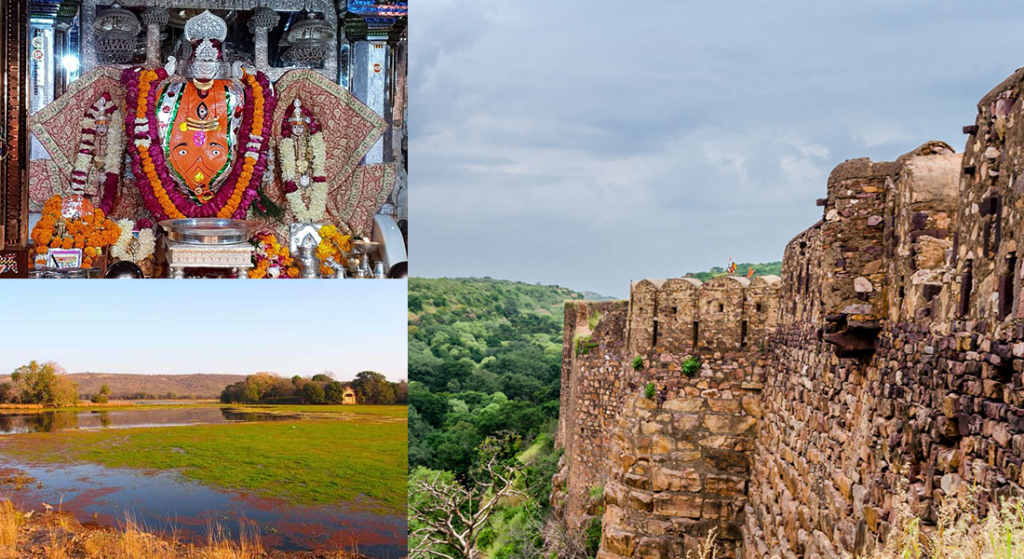 India’s Rajasthan state is home to Chambal Safari. Because of its regal past, it is referred to as the “Land of Crocodile.” A Chambal river safari in the National Chambal Gharial Sanctuary is the coolest activity in Sawai Madhopur.

Everyone should enjoy sightseeing at Ranthambore at least once in their lives. Prepare to be amazed by its pristine beauty! Ranthambore sightseeing is a yester experience. You won’t regret going here at all!

Until tiger hunting was banned in 1970, several royal visitors, including Queen Elizabeth II and Prince Phillip, travelled to Ranthambore to kill tigers. The government of India has taken some effective measures to combat tiger poaching, and as a result, 44 tigers have been documented in Ranthambore National Park as of 2008. Many of the kittens are also given special care in an attempt to preserve the national beauty.

From November to March, when all of the safari gates are open, is the peak season in Ranthambore National Park. Ranthambore Park is closed from early to mid-October, when it rains the most, although people can still access it since a few gates are partially open. It is best for photographers to travel to Ranthambore in the summer since tigers leave their dens in search of water all year long.

How to Reach Ranthambore?

By Air: The distance from Jaipur, the closest airport to Ranthambore, and the reserve is only 180 km.

By Rail: Sawai Madhopur Railway Station, which is located on the central route connecting Delhi and Mumbai, is around 11 km away from Ranthambore National Park.

By Road: Highways link to Ranthambore. To go to Sawai Madhopur, it is recommended that you hire a vehicle or cab. Only 1.5 km distance you from the Kota-Ranthambore mega highway.