Renuka Lake situated in the Sirmaur district of Himachal Pradesh is situated at an altitude of about 672 meters above sea level. Many fish and other aquatic creatures live in this lake. It is situated at a distance of 38 kms from Nahan.

Renuka Lake is an ideal place to visit for those who love nature and want to spend some time in solitude. It is not only the largest natural lake of Himachal Pradesh in terms of area which covers a circumference of about 3214 meters.

Boating facility is also available in this lake. Unlike other lakes, this lake is famous for its pristine beauty and cultural history surroundings. Like other popular cities of Himachal- Kasauli, Kasol, Dharamsala, Manali, it is highly popular among the residents of the city. The reasons are proximity (from Delhi and Chandigarh), good connectivity, spectacular beauty and perfect weather.

Those who get another reason to plan a trip to the serene and beautiful lake. Overall, Renuka Lake is a perfect vacation spot. Which can be visited throughout the year and attracts nature lovers and pious people from all over the country. beautiful lakes in himachal pradesh

The main construction of Renuka temple was done in 1814 by the invading Gorkhas. There is an exquisite idol of Renuka Devi in ​​this temple. Renuka is the same place. Where is the abode of Renuka, the mother of Lord Parashurama. Who have been residing in this lake for centuries.

Tourists also visit some temples in Renuka. This magnificent water body molded into the shape of a woman. It is also mentioned in the Puranas. Hence it is considered an incarnation of Goddess Renuka. Apart from its cultural and religious importance, this lake also offers breathtaking views. Like reaching the shores of the lake after passing through dense alpine forests.

Such is the belief of old times. That a day before Dashami, the mother comes to meet Parashurama. For this, a fair and a huge procession are also taken out here. Lakhs of devotees take bath in the holy water of the lake. The five-day Renuka fair is also celebrated here.

Places of Interest in Renuka Temple 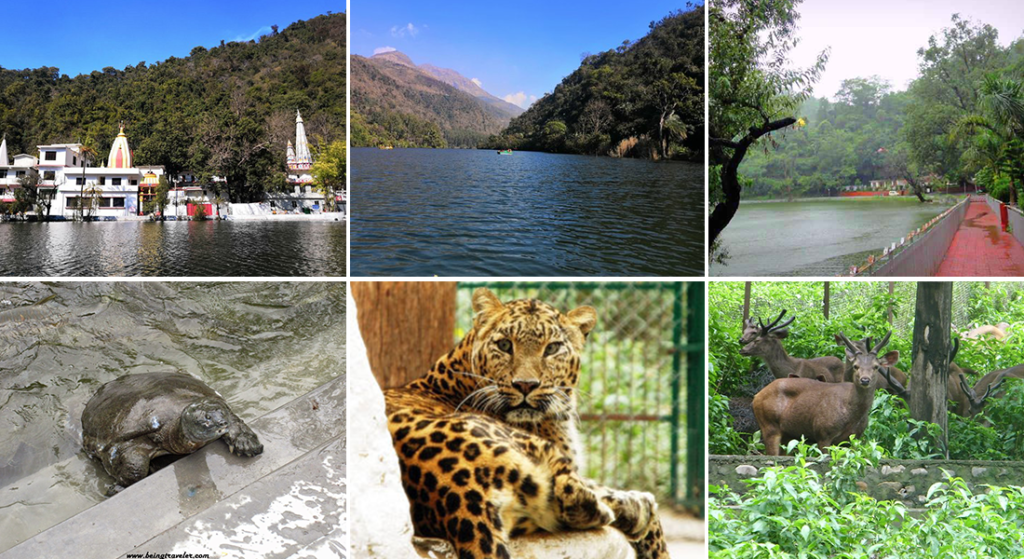 Parashurama Tal & Renuka Temple (100M) : This large pool is believed to embrace Lord Parshurama, who longed to spend all of eternity at his mother’s feet, and is located at the base of the Renuka lake. The original Renukaji temple is located here and is said to have been built in a single day by an invasion army of Gurkhas in the early 19th century. Every year in November, a joyous fair brings mother and son back again.

Mini Zoo (2 km): You can also boat across the lake. And the zoo built along with it can also be visited. In which Asiatic lions, lion-tailed macaques, ‘Nilgai‘ methuen, barking deer, spotted deer and Himalayan black bear are seen. Lion Safari is 2 km away from the zoo. Where lions can be seen up close.

Jammu Shikhar (8 km): The top of the lake is the peak where sage Jamdagini meditated. A trail leads to the summit. There is a small temple and it offers an excellent view of the lake and the surrounding area.

Renuka Wildlife Sanctuary: A wildlife sanctuary spread over 400 hectares around the picturesque Renuka Lake. It is home to many species of deer like chital, sambar and barking deer. The more common red jungle fowl and the threatened bud pheasant are also found here.

Churdhar Peak: is 3,647 meters above sea level. The trek is at a walking distance of 16 km from Nahura. The climb is tough but rewarding. The peak offers a good view of the Ganges plains and the Sutlej River to the south and to the north of Badrinath, a famous Hindu pilgrimage site. Chakrata and Shimla hills are also visible from above.

Gayatri Temple: There are three ashrams run by sadhus on the left bank of Renuka Lake. The pilgrims visiting this holy lake are the perfect places to stay. The Gayatri temple has a 1.60 meter high Panch Mukhi Maa Gayatri marble idol.

Marble idols of Ganapati, Lord Vishnu, Lord Shiva, Lord Brahma and Lord Indra have also been installed here. This temple is dedicated to Sri Maa Gayatri, the mother of the Vedas, the treasure of Hindu knowledge. 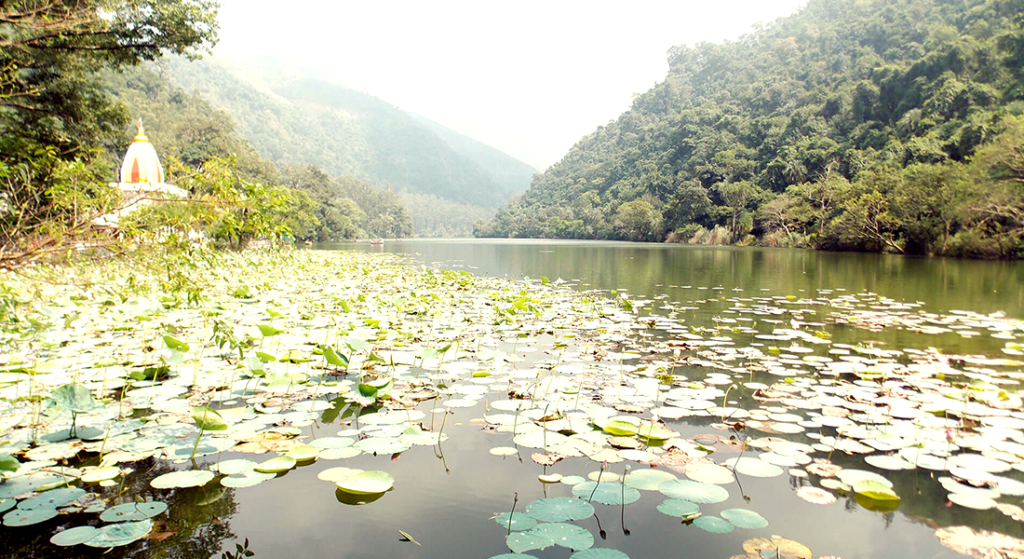 Tourists can easily find sunset points in any hill station. But some hill stations provide a good place to see the panoramic view of the sunrise. Sunset point can also be seen in Nahan.

There are few hotels to stay near Renuka Lake. Among which you can stay HPTDC Hotel, Writers Hill Resort, PWD Guest House and Gurdwara Dashmesh and other hotels are also included. But the beautiful surroundings and the panoramic view are only offered by the secluded guest house Stella Inn Devikos. Light it is 8 kms from Renuka Lake.

The best time to visit Renuka Lake is from April to June and September to November. because the conditions are suitable at the time.

How To Reach Renuka Lake

By Road: This lake is connected to many big cities by road. It is located 315 km away from Delhi. A non AC HRTC bus runs every hour from ISBT Kashmere Gate in Delhi. The fare is around Rs 280 per person. So transport facility is easily available to reach the lake. Most of the tourists travel to Renuka Lake by car or bike.

By Air: The nearest airport to Renuka Lake is Mubbar Hatti. This is about 40 km far from here. But you go through Delhi to Chandigarh flight and from Chandigarh to Nahan by bus or cab. Which is about 130 kms from Renuka ji lake.