Rudranath temple is at the third place among the Panch Kedars. This temple holds special significance for Shiva devotees. If you want to calm your mind with the spiritual atmosphere of that place. So you should definitely leave for Panch Kedar pilgrimage. Because your journey will take you to this grand temple.

Devotees of Lord Shiva love Uttarakhand not only Himalayas. Because this is the land of God. And for them it is the land of Shiva. This is the place where one of the 12 Jyotirlingas, also a part of Panch Kedars.

Kalpeshwar, Tungnath and Rudranath are the other four. When one undertakes Panch Kedar pilgrimage. So Rudranath ranks third in the order of importance. Situated at an altitude of about 3600 meters in Rudraprayag district, this temple is surrounded by beautiful rhododendron bushes and hill slopes.

Rudranath is more or less a part of the Panch Kedars associated with the same legend. When Pandavas came here in search of Lord Shiva. So Shiva came to Lord Shiva to ask him for forgiveness for killing his kin, the Kauravas, in the war.

Because Lord Shiva did not want to appear before him. So he transformed himself into a bull and went underground. The Pandavas followed him. And caught him, only then the parts of Lord Shiva’s body in the form of a bull were spread in different directions. One of them was called Rudranath temple.

The hump fell in Kedarnath Dham. The central part is visible at Madhyamaheshwar. And the hair and head appeared in Kalpeshwar. And the form of Neelkanth Mahadev is worshiped in Rudranath. The linga here is called Swayambhu. Or one such Shivling manifests itself in the form. Whose mouth is about 3 feet.

Best time to Visit Rudranath | Worship At The Temple 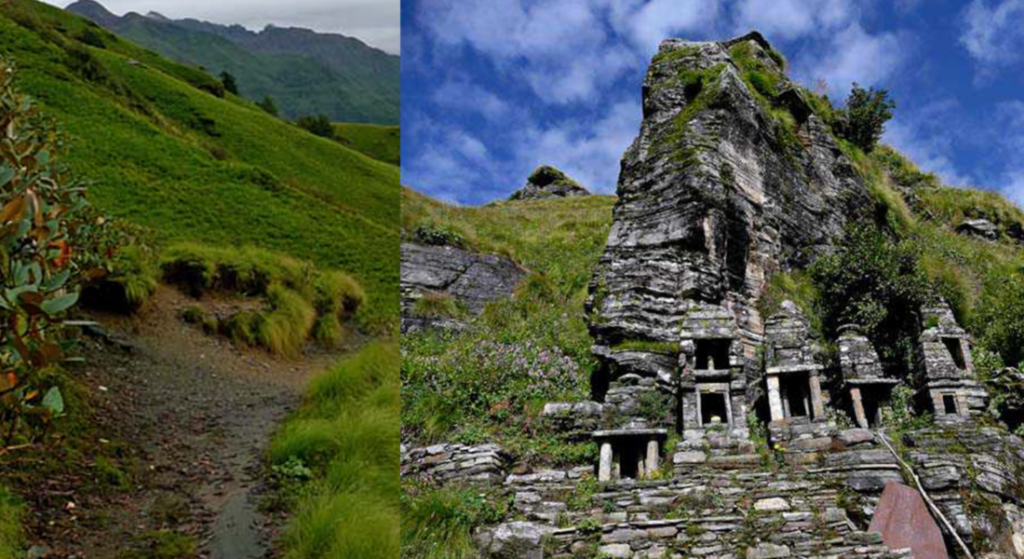 The best time to visit is considered to be between the end of April to October. Because during winter the idol is brought to Gopeshwar in a procession known as Doli Yatra. At the beginning of the summer season the idol is taken to Rudranath via Litti Bugyal and Panar in the first Doli Yatra to be installed back in the temple at the same place. Together they pray to Vandevi.

It would be better to have a good start with a good start than to get the profit before. For darshan on Bhagat Gana are necessary such as: Mana Kund, Surya Kund, Chandra Kund, Tara and Kund.

Best Places to Visit Around Rudranath

Rudranath is by no means an easy place to trek. Because it is especially in the rocky area more than 20 kilometers long, but the view is very beautiful. One can trek to Kandiya Bugyal. Can pass through small Shirauli village. And Anusuya may come to the temple where childless couples pray in the hope of having children.

Trekking across the Amrita Ganga River and on to Hamsha Bugyal, a beautiful break from the mountains with flowers in bloom during the summer, is a possibility. Dhanpal Bugyal follows, reaching to Naola Pass. After that, you’ll pass by Panchaganga Bugiyal on your way to Rudranath temple. Trekkers usually prefer to go on to Panar Bugyal, which is about an 8-kilometer journey through scenic countryside.

If you’ve come this far, it would be a shame to skip Pitridhar top, where the enchanting scenery keeps you enthralled as clouds play hide and seek with mountain tops.

Kalpeshwar is not far away. You will find another cave temple dedicated to Lord Shiva here. Apart from this, there is also a mythological Kalpavriksha. Together it fulfills wishes. From here you can go to Madhyamaheshwar Temple. But one can admire the peaks of Neelkanth, Chaukhamba and Kedarnath with their spectacular view. Don’t miss to visit Nandikund, a lake which is believed to be a watering hole for Nandi. On the road you can find swords buried in rocky cliffs. It is said that these words belong to the Pandavas.

Especially for Rudranath is the final trek of over 21 kms. But the places here are very beautiful and beneficial. And if you can capture these places on your Tora with a camera. Which will remind you of a wonderful journey.

Camping – Pilgrims, devotees and travelers in general can also have the experience of camping in Hare Bugyal. Camping can also be used here as an option for people going on pilgrimage.

How to Reach Rudranath 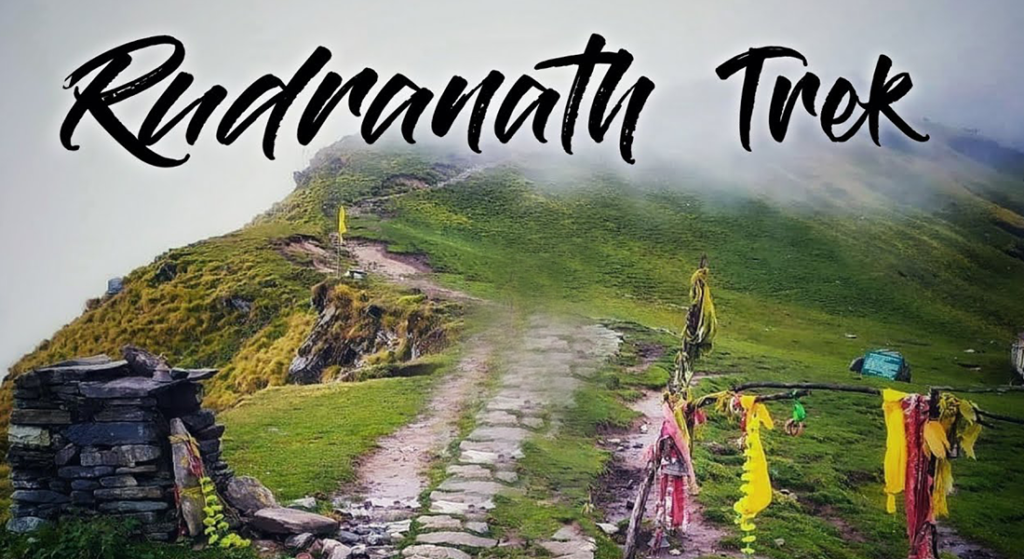 By Road: Rishikesh is the starting point of your Rudranath pilgrimage. From here you go to Devprayag by road. From Srinagar to Gopeshwar and then to Sagar village. You cover a distance of about 219 km. From here to Rudranath is a 21 km long trek. Because this road is on a narrow rocky road. Where no vehicle can easily go.

By There are different routes to reach Rudranath. One route is from Helang. Which reaches to Urgam, Kalpeshwar and Dumak. And the second one starts from Sagar village. From where you walk to Litti Bugyal, Panar Bugyal and Pitrudhar. The third route is from Mandal village which takes you to Anasuya Temple, Hansa Bugyal and Naula Pass before reaching the holy shrine.

By Air: The nearest airport is Jolly Grant near Dehradun. It is about 258 km from where you can take a taxi, private coach or join a tour.

By Rail: The nearest railway station is Rishikesh. Which covers a distance of about 219 km from Rudranath. After that you have to decide your onward journey by road.

Best Time to Visit Rudranath is from April to November.

Summer Season (April to August) – The summer season in Rudranath is very pleasant, with mild climatic conditions around the region. During this time, the temperatures vary between 13 to 17 degrees Celsius. This is the best time of year to go sightseeing and hiking in the nearby areas.

During monsoon season (September to November)- the region receives little to no rain. Rainwater washes away the dirt in the air, making the panoramic views of the surrounding landscapes more clear and beautiful to look at.

Winter Season (December to March) – Due to heavy snowfall that covers the whole route to the temple, the temple is closed for Darshan from November to April. The temperature drops to -4 degrees Celsius and may even fall beyond zero.

Because when summer season arrives, the temple Kapat is opened for Darshan, and the doli carrying the symbolic picture of the presiding lord is transported from Gopeshwar to Rudranath. Vandevi, the area’s guardian, is usually worshipped first.

Closing Dates — Due to the very cold weather conditions, which are followed by heavy snowfall, the temple is officially closed, and the Lord’s symbolic presiding image is moved to the nearby village of Gopeshwar, where pilgrims continue to visit and offer their prayers to the Lord.

Temple Timing – The temple opens early in the morning but the morning Aarti takes place at 8 am while the evening Aarti is performed every day at 6:30 pm.

Rudranath is not reachable in an one day; it is completed so over duration of one or two days of hard hiking. A number of lodging options available all along route. There are camping support services from Sagar village to Rudranath, Panar Bugyal, and Liti Bugyal for trekkers’ comfort. Accommodation is provided at Anusuya temple, which is located in the village of Mandal, on the way to Rudranath. Gopeshwar also has a nice range of lodging options.

Accommodation is provided at Anusuya temple, which is located in the village of Mandal, on the route to Rudranath. Gopeshwar also has a good selection of housing options. 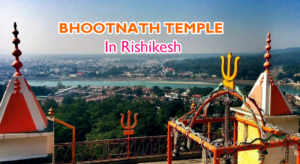 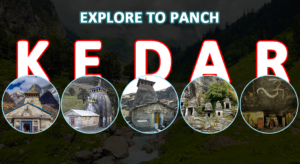 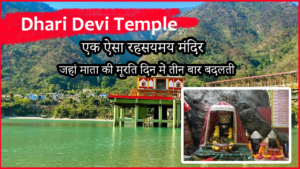