Top 10 Travel Places in UP | Travel Destinations in Uttar Pradesh

Top 10 travel places in UP: You all know Uttar Pradesh. Example: India has some of the best examples of fusion of cultures. Meanwhile, Uttar Pradesh is one of the Indian states. Which best reflects the blending of cultures.

Top 10 Travel Places in UP

If seen, you will see people of all three religions residing in this state. Such as: Temple of Lord Krishna and Rama, Monastery of Buddha and Beautiful wonders like Taj Mahal are seen on this land. 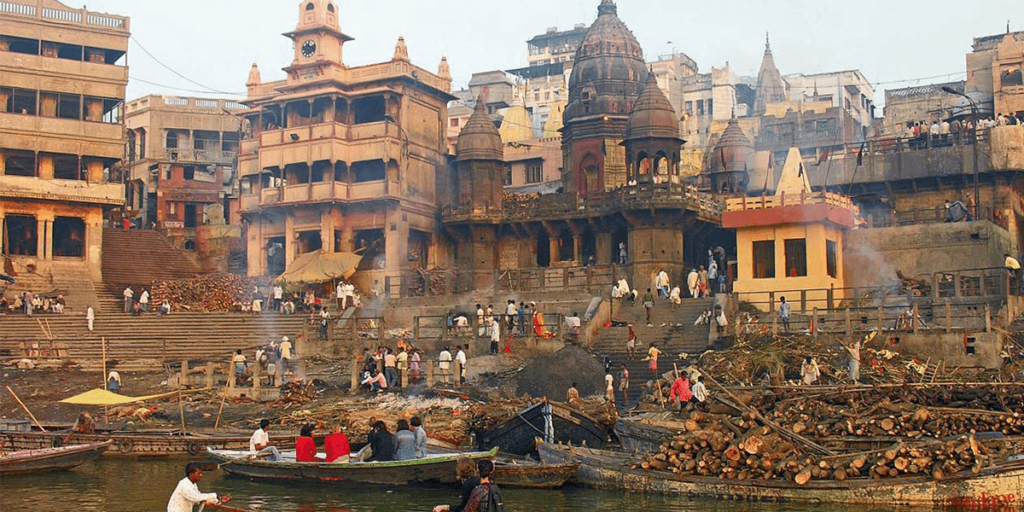 Varanasi is one of the most religious places in Uttar Pradesh. Because this city is said to be one of the oldest inhabited places in the world. And situated on the banks of the river Ganges, Varanasi with its ghats and temples is a haven for winding lanes and Shiva devotees. And you get to see sadhus and aghori here. Who is immersed in his Gary Sadana. Varanasi holds its own importance in Uttar Pradesh.

How to Reach: Varanasi is a well connected city with every single part of India. Lal Bahadur Shastri Airport which is the main airport of Varanasi which is directly connected by flights between major cities of India. Varanasi railway station is also connected to many cities across India. By the way, you can also go directly to Varanasi by road. 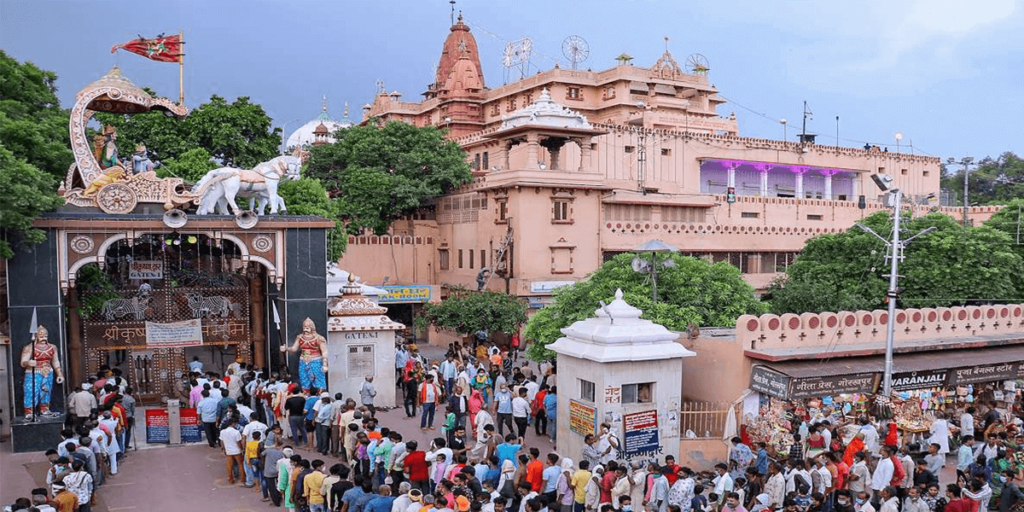 Krishnabhoomi’ or the land of Krishna, Mathura is one of the most visited places in Uttar Pradesh. Because this is the land of Krishna. Krishna temple can be seen in every city near Vrindavan. And from this place the holy river Yamuna flows behind it. Which are connected to the entire 25 Ghats. On which there is an influx of devotees at dawn and sunset. Every year lakhs of devotees come to see Lord Krishna.

How To Reach: Mathura has its own Mathura Rail Junction. Which are fully regular trains to Delhi, Mumbai and Chennai. Mathura is only 147 km from Delhi and 50 km from Agra, so one can drive to it. 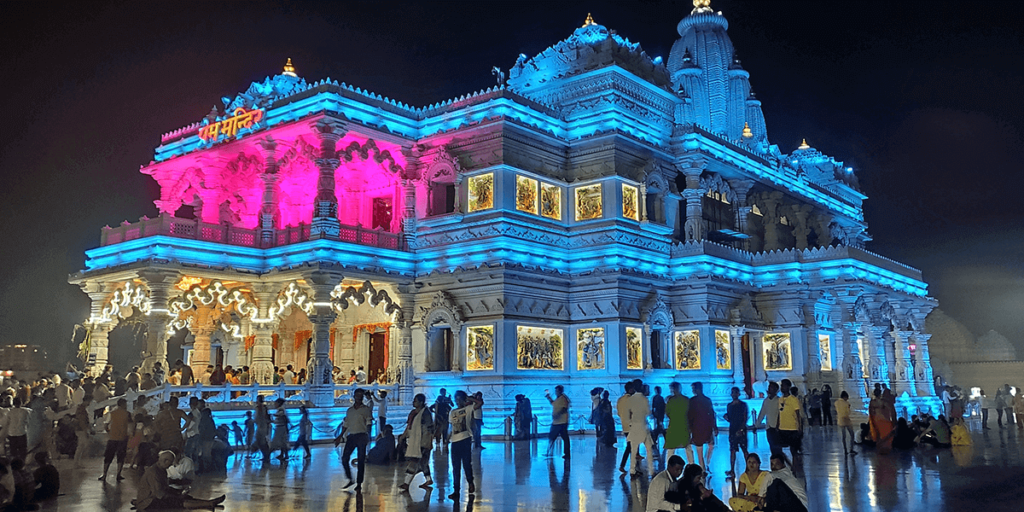 Has immense religious importance among Hindu devotees. of Vrindavan. Where the worshipers of Lord Krishna come to seek blessings. Dozens of temples, old and modern, dot the city. And they come in all shapes and sizes and hold their own peculiarities and stories. Each temple can be reached by narrow winding lanes that are lined with shops selling puja paraphernalia and sweets. One thing, one must be aware that there are monkeys, who practically dupe the visitors.

How To Reach: The best way to go to Vrindavan is by rail, that travels regularly between Delhi, Jaipur, Nagpur, Pune, and Bangalore. Vrindavan is easily accessible by road from Delhi, Agra, and Mathura. 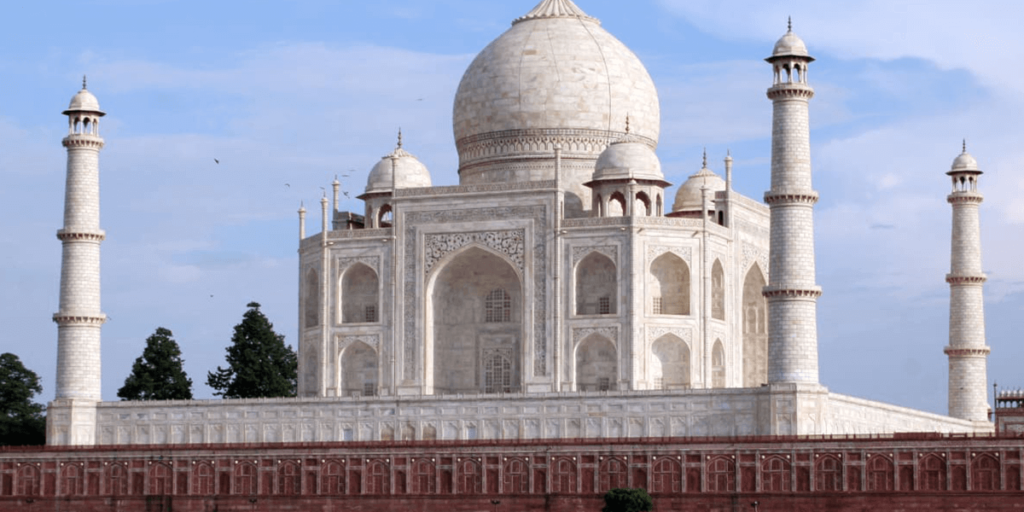 Agra, the Taj Mahal’s birthplace, has got international fame as a heritage hotspot in the country. Agra, on the banks of a River, reflects the Mughal Era’s artistic excellence. The Mughal Empire bestowed architectural grandeur on Agra, including tombs and mausoleums, forts and palaces, gardens, and mosques. Agra, a creative ground for art enthusiasts like as Akbar, Shah Jahan, and even the Lodi rulers, is one such site that promotes Uttar Pradesh tourism by itself.

How to Reach: The best way to visit Agra would be by train if incase a journey is planned from other parts of the country than Delhi/Noida/Gurgaon/Mathura/Vrindavan/Agra. The Yamuna Expressway connects Delhi conveniently with Agra reducing the run between the two to 2.5hrs only. 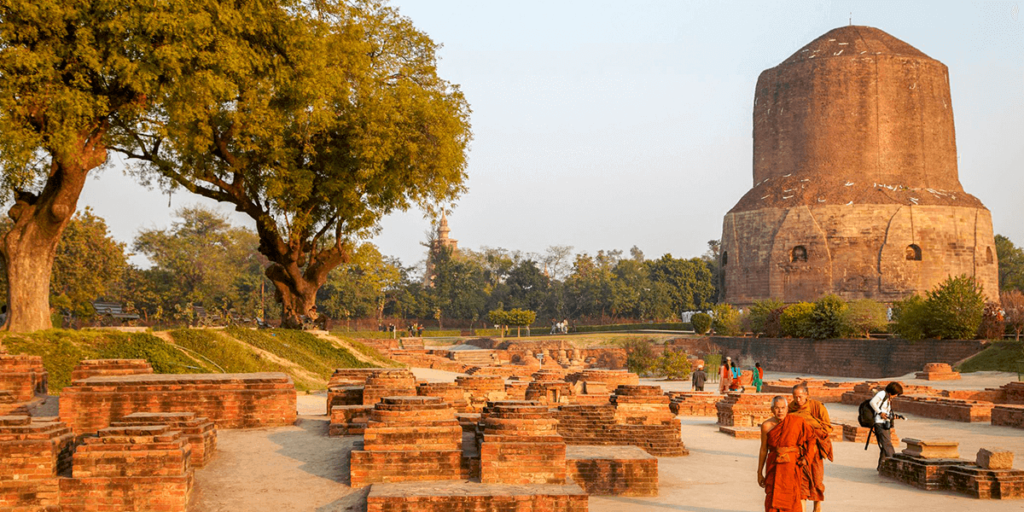 Sarnath, an important Buddhist site in India, is a beautiful jewel of Uttar Pradesh Tourism. Sarnath, a city near Varanasi, is thought to be the location where Buddha gave his first sermon. This city was later magnified by Ashoka via the construction of stupas and temples, and it became a famous tourist destination for Buddhist enthusiasts. The site is thought to have vanished completely in the 12th century, but was found by British archaeologists in the 19th century. Sarnath is now one of India’s most important Buddhist pilgrimage sites.

How to Reach: The best way to reach Sarnath is to first reach Varanasi, which is only 20kms from Sarnath. From here several buses/cabs are available to Sarnath. 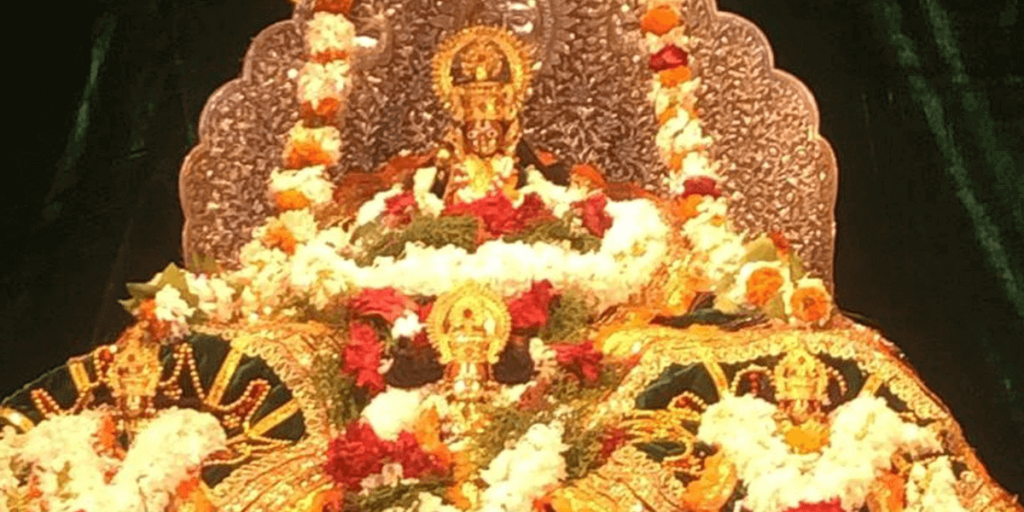 The much controversial yet sacred Ayodhya has been an infamous destination in Uttar Pradesh for more than two decades now but the controversy has earned it an ambiguous international acclaim. The birthplace of Lord Rama, Ayodhya besides its controversial site is a great place to take a plunge into the pool of spirituality. The city is dotted with temples and thus makes another apt place to go for temple tour in Uttar Pradesh.

How to Reach: Best way to reach Sarnath First you have to reach Varanasi. Because which is about 20 km from Sarnath. Several buses/cabs are available from here to Sarnath. 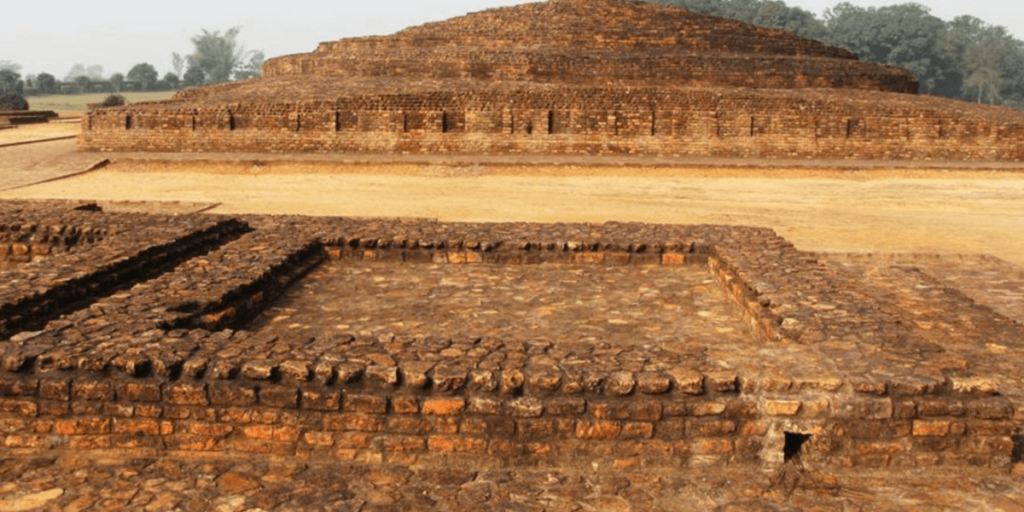 The Shakyas were recognized as the capital, the place where Lord Buddha was born. For Buddhist believers, Kapilvastu is a holy place. This place is situated at a distance of about 27 km from Siddharth Nagar district. There are ruins in this place dating back to the 8th century BC. Archaeologists have excavated 14 different layers of human habitation in this area. Many stupas have been found here which were built by Ashoka and Gupta kings. Piprahwa, Ganwaria, and Salagarh are one of the villages that make it up Kapilvastu today.

How to Reach: The nearest railway station is Naugarh, which is 21 kilometres from Kapilavastu. The railway station is well served by buses and taxis. Tourists can travel by road from Lumbini, Kushinagar, and Sravasti by using State-run private buses or hiring a cab. 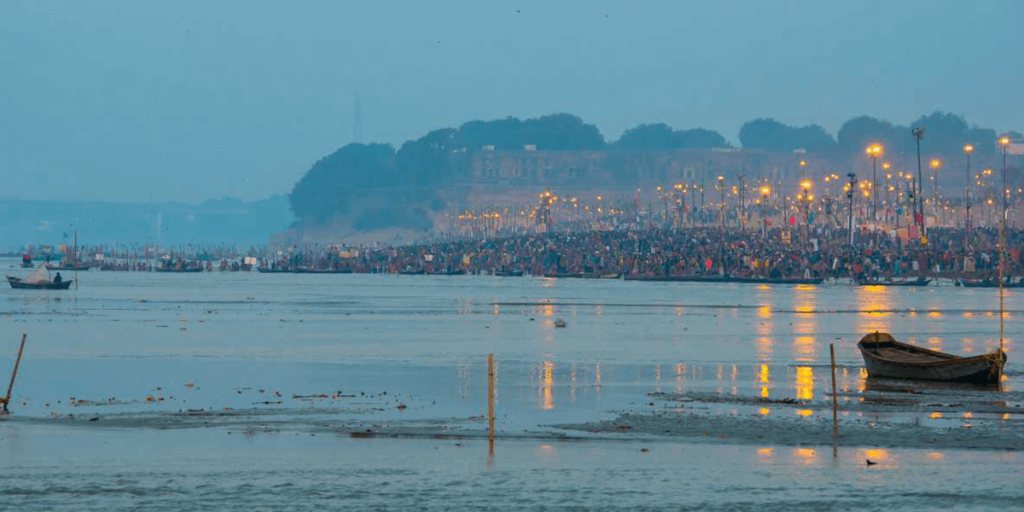 How to Reach: The nearest airport is Bamrauli Airport, which is 15 kilometres away. The airport has connectivity to Delhi, Kolkata, and Lucknow metros. Taking the train. Allahabad is a significant rail hub with connections to all of India’s main cities. Roads and highways in Allahabad are well connected. 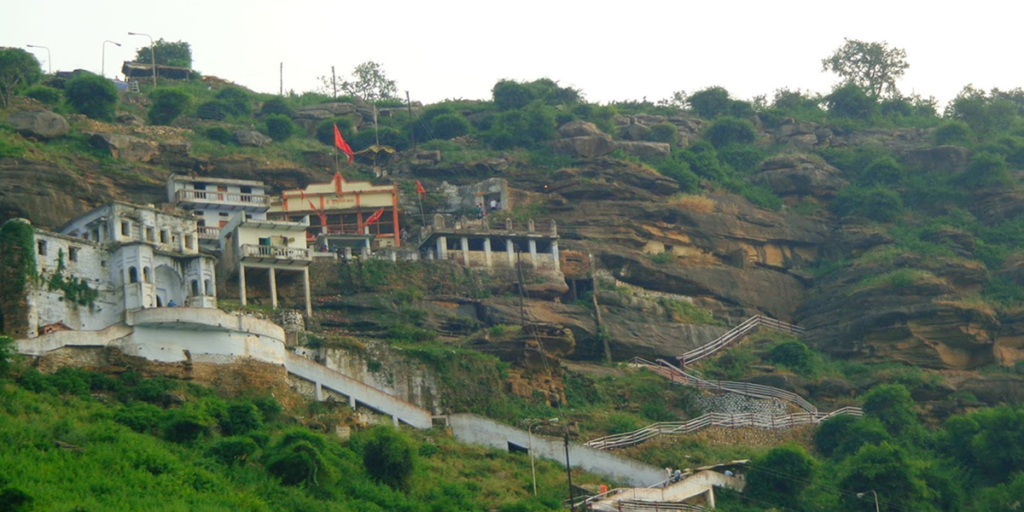 Chitrakoot is a perfect holiday destination in Uttar Pradesh. Which Chitrakoot is also one of the holy places of India. This is a cool legend. When Rama was the abode of Lord Rama, his wife Sita and brother Lakshmana for eleven years of fourteen years of exile. And together with many temples and the splendor of nature, Chitrakoot is wrapped in peace and tranquility which is disturbed only by the chirping of birds and the rushing currents.

How to Reach: The nearest airport to Chitrakoot is Allahabad which is 135 kms, Khajuraho 175 kms and Varanasi 275 kms. Daily flight services to Delhi are available from these airports.

The nearest railway station to Chitrakoot is Karvi. Which is 8 km from Chitrakoot. The second nearest station is Chitrakoot Dham. The station is located on Jhansi-Manikpur main line. And well connected to all major Indian cities.

You can reach Chitrakoot from Asni by road. For this, government buses are available from Allahabad, Banda, Kanpur, Satna and Jhansi. Taxis can also be taken from Delhi airport to Chitrakoot. 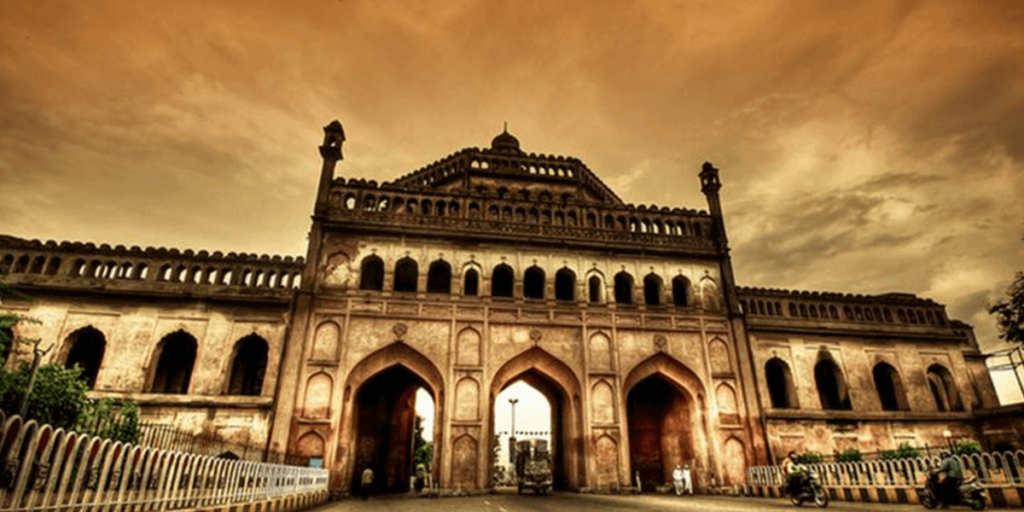 The capital of Uttar Pradesh, Lucknow, has a royal feel to it. Lucknow is a perfect example of Awadh’s pride, with its affluent politicians’ bungalows, majestic Vidhan Sabha, and lovely train station. Lucknow is known for its mouth-watering Awadhi cuisine, whose scent fills the air and delights the spirit of every foodie. With each freshly opened bar and club, improved roads, and large parks, the capital is evolving from a Mughal and historical reflection to a global city.

How to Reach: Reaching Lucknow is an easy peasy thing. Since, it is a capital of the state; it is well connected by air, rail and road by major cities in India. 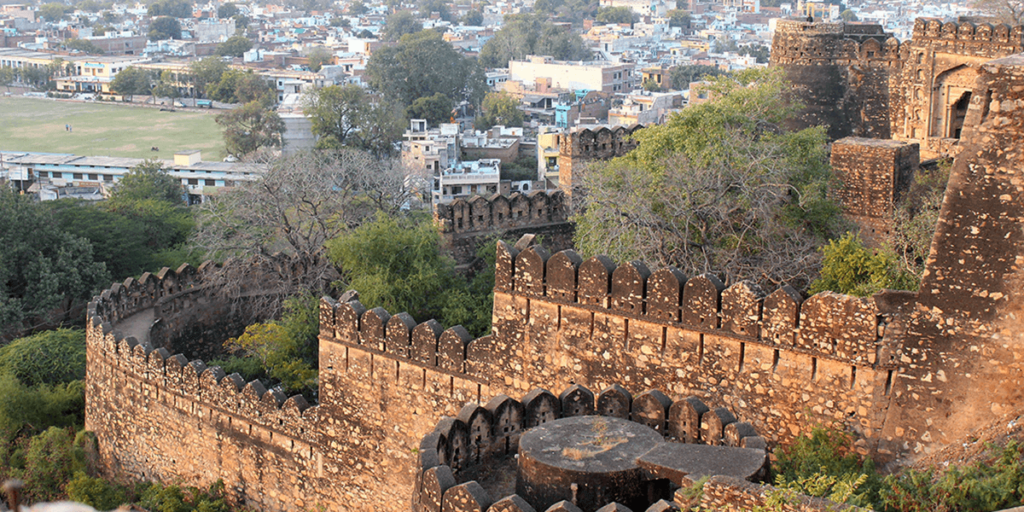 Jhansi is believed to be a historically rich destination in Uttar Pradesh, as it is famously linked to Queen of Jhansi, Rani Lakshmibai, who was a crucial role in the first war of independence in 1857. Jhansi, known as the gateway to Orchha and Khajuraho, has a plethora of historical tales to tell its tourists.

How to Reach: Jhansi is easily accessible by car. There are many trains that run between Jhansi and India’s major cities.